Most traditional marking methods of tracing paper or chalk pencils will not show up on tweed or bouclé fabrics, so it's best to thread-trace all markings, fold lines and seam lines that you need during the construction of the garment. I mark notches with a double strand of basting thread, taking several small running stitches into the seam allowance. Darts and pocket placements can also be thread-traced.

As mentioned, although my vintage jacket has no interfacing, I added a bit of lightweight hair canvas to the hem allowances, pockets and front of my garment to help maintain its shape.

For the hems, the hair canvas is cut on the bias to give a soft roll to the hem and to prevent it from stretching over time. Cut the strips twice the width of the hem allowance plus 1 1/2". For instance, for a 2" hem allowance cut the strips 5 1/2" wide. Pink one edge of the strip. This will give a softer finish to the edge that sits into the garment. 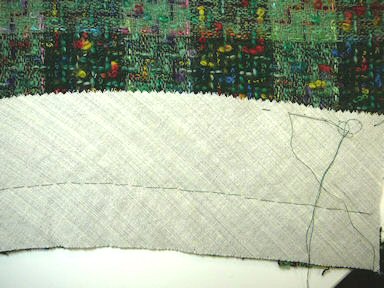 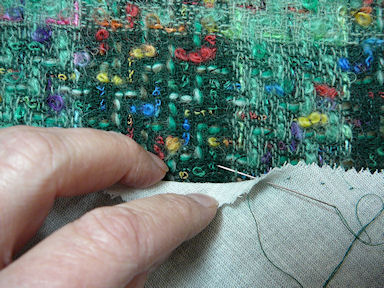 Pinked edge of interfacing is hem-stitched to the garment. 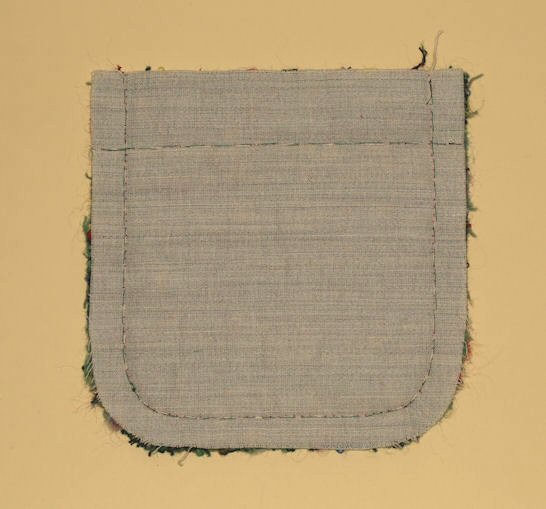 Interfacing is tack-stitched to the pocket along the fold lines.